After our daughter was born, one of the first questions we were asked was, “What is her name?” The whole pregnancy, we had decided to not say what we would name her, as a surprise, and only called her, “Baby Harper.”

To some dismay, once she was born, we told everyone that we would not announce it just yet. Several people were confused as to why we weren’t going to announce her name. The reason wasn’t because we were doing it on purpose, in fact, we went into the hospital with a name ready to bestow on our little girl, but when we saw her beautiful face for the first time, we knew it was not who she was.

For my husband and me, we didn’t select names that were trendy or unique, we were considering names that had great meaning. We knew once we gave our daughter a name, it would always be with her. As first-time parents, we felt a tremendous responsibility–one that couldn’t be taken lightly. When driving to the hospital, we felt pretty confident on the name we had chosen for her. However, once we held her in our arms, it didn’t feel right.

A few hours after our daughter was born, we were visited by the woman who would be filing all our paperwork with the state. She asked us what we had decided to name her, and we could not give her an answer. She told us that there was no pressure, we would just have to give it to her before we were discharged from the hospital.

The rest of the day, we looked up more names, ones we hadn’t considered before. Still none appealed to us. The next day, we spent time with our daughter trying to figure out who she was–what were our dreams for her–who would we aspire for her to be.

One phrase that we heard was, “beautiful grace.” It was by the grace of God that she was given to us, and delivered quickly and safely. Finally, we had a starting point. We looked up words that had those same meanings. One name meaning beautiful is “Belle,” and one name that means grace is “Anna.” We did not prefer to use those names individually, but we considered adding them to other names.

One name that we liked was “Vivian.” We decided to add “Anna” to the end of that name creating, “Viviana.” We looked for names that ended in “Belle,” and that is where we found “Isabelle.” There it was! Her name had finally revealed itself to us.

On the day we were being discharged from the hospital, we met again with the woman who needed to file the paperwork for our daughter’s name, and we recorded her name officially: Viviana Isabelle. We had also decided that day to share the news of her name with everyone in our families all at the same time. So, we invited both sides of our families to gather together in one place to share the good news of the name we had selected for our new baby girl. Everyone was full of expectation.

That evening, everyone gathered around as we told our story. We explained how we had a name, but found out it was not her name once we saw her.

Everyone thought the name was beautiful and they were excited to start calling her by her given name. Although, they had to wait for the carefully-chosen name to be unveiled, it made for a great way to get both sides of the family together to celebrate the birth of our baby girl, and the coming together of the families, who all would be a part of her life, and enjoy her God-given personality.

Today, Viviana lives up to her namesake. She is full of life, and she brings love and grace wherever she goes.

We have decided that we would love to have a “Name Reveal” party for each one of the children the Lord blesses us with.

What started out as an unintentional delay in revealing the name, turned into a fun way to celebrate the new child and her new name. 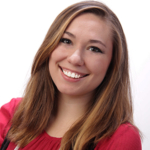 She is passionate about uplifting and encouraging women, that they would know their true place in the Kingdom of God, as daughters of the King.